Pop culture and HBCU life have mutually influenced one another for many years. Television, film, and celebrities have contributed to waves of increased enrollment. Likewise, the richness of black culture on HBCU campuses found its way into the music of musical legends like The Notorious B.I.G and themes of popular sitcoms.

Historically, there were several television shows that emphasized HBCU culture. One of the most memorable and impactful was Bill Cosby's “A Different World.” This was created as a “The Cosby Show” spin-off, however, the show struggled to find its identity at its inception in 1987. “A Different World” received intense criticisms of "bland" and "uninspired" writing and it was going downhill before producer and Howard University alumna Debbie Allen stepped in. Allen reworked the show, redesigning the set to look and feel more like an HBCU. Writers spent time at Morehouse, Spelman, and Clark Atlanta, so when it came time to pen a new season, it wouldn't be guesswork. With Allen at the helm, the sitcom blew up in popularity. With guest appearances from Tupac, Halle Berry, Whoopi Goldberg, and Raven Symoné, Different was a success in authentically portraying student life at an HBCU and everyday macro and micro struggles. The show even had fans writing in asking to attend Hillman College, the fictional HBCU of the sitcom, and had a lasting impact on higher education. Former Philander Smith College President Walter Kimbrough discussed this in a NY Times interview. Kimbrough had very positive numbers to share with the newspaper:

It's also important to note Different had a largely black cast and crew, which was novel for the early 1990s. Jasmine Guy, who became the lead character after Lisa Bonet's departure due to pregnancy, was also in another classic HBCU celebrating film, School Daze.

Spike Lee has been an outspoken advocate for racial justice for many years, and his films—like the recent Black KKKlansman—have showcased this. A Morehouse College graduate, Lee took his HBCU experiences to create his 1988 film, School Daze. The film delves deeper into BGLOs—Black Greek-Letter Organizations—through tensions between fraternities and sororities during homecoming week at Mission College in Atlanta, Georgia. The film explores issues like intercommunity colorism and social activism. One of Lee's achievements in School Daze was having an entire cast of black actors. During filming, the Board of Directors of Morehouse, Spelman, and Clark Atlanta actually asked him to cease filming on their campuses. Concern was increasing in regard to how Lee was depicting HBCUs in School Daze. He completed the film at Morris Brown College. This movie has become a memorable classic, still finding its way into contemporary pop culture. In 2009, Alicia Keys’ referenced Lee's work in her music video for "Teenage Love Affair," where she replicated various scenes.

2002 ushered in the landmark film Drumline, one of Nick Cannon's best-remembered performances. This movie is set at the fictional Atlanta A&T University, where Cannon is a freshman drummer trying to earn a spot in the band. The plot runs on the rising friction within the band and the school, ultimately wreaking havoc at the A&T homecoming performance. Drumline comes to a resolution as the A&T band comes together with Cannon to win the BET Southern Classic. This movie is a crowd favorite and still resonates with HBCU marching bands. While reviews were highly critical of the plot, most agreed that the orchestration of the bands was beautifully done and impressive.

While Drumline features some stepping, this subculture of HBCUs is the main theme of the film Stomp the Yard. Like School Daze, Stomp the Yard also examines BGLOs, with focus placed on the brotherhood within fraternities. The film is said to be responsible for the reinvigoration of step, since after its release tons of video were uploaded online (and this was only 2007!). Stomp the Yard follows DJ Williams through his struggles of dealing with a lost brother and learning how to become part of a fraternity's step team. When people think of step, this film is usually a topic of conversation.

There are many celebrities who, like television and film, have been touched by the HBCU experience. In recent years, stars like Drake have frequently referred HBCUs in their songs, but even The Notorious B.I.G. was talking about Howard University in "Kick In The Door" in the 1990s. In the last year, the most elaborate HBCU celebration was put on by none other than Beyoncé. At Coachella 2018, she brought the experience to the festival and nailed it—the marching band, BGLO references, step teams, and callouts. She inspired and amazed the audience, putting the spotlight on the excellence of HBCUs. Conversation of these institutions arose once more due to her performance.

HBCUs' impact on pop culture is evident in more avenues than the shows, film, and celebrities discussed here. It is hard to find a facet of pop culture that hasn't been influenced, in some way, by the nature of the HBCU campus. The reason seems apparent—you simply cannot find a community and experience like those on The Yard. 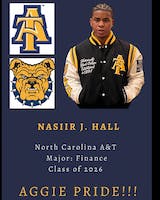 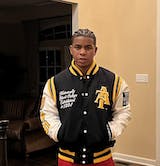